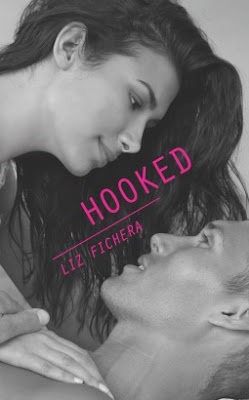 
My Thoughts: Fred Oday is basically begged by the coach of her school’s varsity golf team to join. He’s convinced she is his only chance of turning the team into champions. Fred is ecstatic to get the chance to play and hopes it might lead to a scholarship or two so that she doesn’t have to spend the rest of her life waiting tables at a fancy restaurant in Pheonix, Arizona like her mother. The problem, though, is that Lone Butte High School does not have a girl’s golf team, let alone a varsity one, so she is forced to play alongside the boys. Unfortunately, making room for her meant kicking one of the original players off the team. Seth is furious and does everything possible to to get “Pocahontas” thrown off the team. Torn between his best friend and his newfound attraction to his teammate, Ryan tries to stay away from Fred but her pull is too strong.

Ahhh, this was SO CUTE! I’m a sucker for these types of romances. I did have a couple issues with the story though. I felt like Ryan changed his mind about Fred a bit too quickly. It would have been more believable to see a gradual change in both of them, rather than having them all of a sudden be in love with each other. The ending resolution was also problematic for me. The issue was completely swept under the rug because everyone was preoccupied by what was going on with Fred’s father. It was a huge problem to just ignore like that. Ryan does redeem himself in a pretty big way though, so I can see why Fred would just want to let it go and start fresh.

Other than those two things, I really did enjoy Hooked. I like it when authors aren’t afraid to deal with issues like racism, gender inequality, and substance abuse. These things just make the story feel more real. People do have to deal with issues like these everyday, so why not incorporate them into your story? It always makes me feel that much more connected to the characters. I also really liked the Native American and golf aspects of the novel. I don’t think I’ve ever read a YA book that revolved around either.; it was a nice first.

I wouldn’t call this a ‘fun’ read, per se, because there are a few heavy topics and moments, but if you like a main character who fights for what she wants and does not give up even when her own family thinks she can’t do it, this is the book for you. Fans of Simone Elkeles’ Perfect Chemistry trilogy will definitely enjoy this debut novel by Liz Fichera.