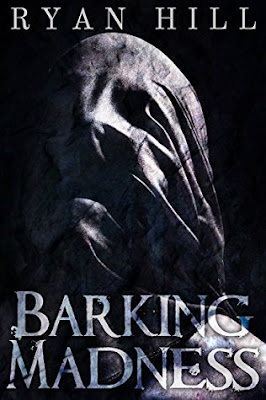 RECOMMENDED FOR READERS 17 AND UP DUE TO STRONG LANGUAGE, SEXUAL SITUATIONS, DRUG USE, AND MILD VIOLENCE.

"My life is crumbling away before my eyes while I do nothing to prevent it. I have visited too many funerals, for too many friends who haunt my dreams. Everybody dies eventually, right? No, everybody dies young when they befriend me. Was I born to die young? I don't think so. I'm the only one here with the nerve to stay alive. I can't be left alone. Not with that hollow man, the one who hides his face. That's what he wants, me to be alone, because once I'm alone he's going to kill me!"

Seventeen-year-old Rosetta Harper is plagued by nightmares of a masked man. With her father’s new career move, her family has just relocated from Florida to the small New England town of Ashwood. A quiet town and close-knit community where you know your neighbors, and trouble is a word unspoken. But soon after her arrival, her world and the worlds of her classmates come crashing down.

Michael hates his family and feels alone and unloved. He only finds comfort when he's with his friends, but even they get on his nerves. Everything about Ashwood and his life bores him, until Rosetta Harper moves into town. With her as a new classmate, Michael finally gets the excitement he was looking for, but it may be at too high a cost.

Hi Ryan! Thank you for taking the time to talk with us!

Which scene was most difficult to write? Which was your favorite?
The argument between Michael and his father was the most difficult scene for me to write.  I had to make sure the argument seemed legitimate and meaningful but at the same time support each character and their side of the argument.  I really didn't want the reader siding with either character during that scene.

My favorite scene is when Rosetta awakens in the snow after her first night on the prowl, so to speak.  Tommy and Zach are waiting for her and the conversation that unfolds, in my opinion, is the best in the story.  I just love the strange nature of the discussion and how sudden it all is.

Are any of your characters based on yourself or someone you know?
No, but a lot of characters have traits from me or my friends or people I know.  I put a little bit of everybody in each character.

What are your thoughts on the cover? Did you have any input in the design?
I didn't love it at first glance, but as I looked at more ebook design covers online, I decided it was the best one for my book.  It fit the eeriness of my story, and there is a masked figure within my novel that has an important role.
I had no input in the design.  I found it online at The Cover Collection.

If your book was being turned into a movie, who would you cast as the leading roles?
I would love to cast newcomers for my characters roles.  I always enjoy seeing new faces in movies, especially for big roles.

What was your favorite book growing up?
When I was really young my favorite was The Journal of Scott Pendleton Collins by Walter Dean Myers.  I had a World War Two phase in elementary school, and this book was action-packed and geared toward children, so I loved it.

What books/authors have influenced your writing?
I can't think of any authors in particular who influenced the way I write, but authors like Stephanie Meyer and Christopher Paolini inspired me to start writing. 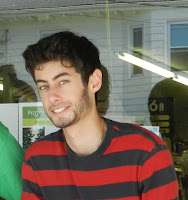 Ryan Hill is a YA Fiction writer. Born in Connecticut, Ryan now lives in Massachusetts with his family and is a student at UMass Amherst. His novel appeals to young adult readers and people of any age who are looking for a good psychological thriller. It’s a Girl Interrupted meets Shutter Island kind of story. When not in front of his computer writing or studying, Ryan can be found playing Xbox with friends, watching movies (He’s a huge movie buff), or working out at the gym.

Ryan’s knack for writing fiction emerged at an early age, when he wrote stories for his own enjoyment. He decided to put his hand to writing a book at 17, when he came up with the concept for the dark, witty, and suspenseful psychological-thriller, Barking Madness. He enjoyed creating the different layers of characters and relationships in his story, and like any debut author, found it difficult to stop. Science fiction and thrillers are his favorite genres.