Exceprt of When We Were Us by Tawdra Kandle (Plus $50 Gift Card Giveaway!) 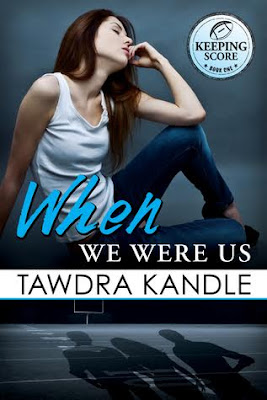 Title: When We Were Us

Author: Tawdra Kandle
Release Date: April 7, 2016
Genre: NA, Contemp Romance
The Trio. That’s who we’ve been since birth: Nate, Leo . . . and me, Quinn, the token girl. Our mothers met in a prenatal class and became best friends, which meant that the three of us hit every milestone together, from the first day of school to the very first kiss. And beyond.

I’ve always been caught in the middle between the two boys. I’ve been in love with Leo since I was eight, even though he doesn’t see me as anything but his pal. And I know that Nate’s hung up on me. I see the look in his eyes. I wish I could say I felt the same, but I don’t. It’s getting harder and harder to keep him in the friend zone, though.

Things between the three of us aren’t easy anymore. Leo’s popular, the football team’s star receiver, and the object of every girl’s fantasy. I know he doesn’t mean to leave us behind, but now Nate and I are just people he used to know.

What used to be so simple is suddenly messy and complicated. Leo is all I’ve ever wanted, but even if I had the chance to be with him, how would Nate would handle it?

When that chance does come along . . . in the most unexpected way . . . I’m helpless to resist Leo. What was always meant to be is finally happening . . . but will it come at the risk of losing both my friends?

Excerpt:(Scrollbox)
Leo dropped his arm to the ground on the side of the chair away from me and brought it back up holding a bottle. He lifted it to his lips and took a long swig. I thought it was beer. I hoped it was beer, and not something stronger.

He caught me watching him, and one side of his mouth quirked up. “Want some, Mia? You know I
don’t have cooties.”

I was glad the dark hid my flushed face. “No, thanks.”

“Ah, yeah. That’s right. I forgot you’re too good to drink with us, huh?” He tipped the bottle back again and then held it out to Sarah, who took a pull without hesitation. “So why’d you bother coming tonight if you’re not really going to enjoy yourself?”

Leo smirked. “Cool. Good for you. But if you’re going to sit around and judge everyone who does want to do . . . things, maybe you should just go the fuck home.”

A tic jumped in Leo’s cheek, and his eyes narrowed. “What’s the matter, Donavan? You want to be her big bodyguard? Her boyfriend? Believe me, dude. I’m the last guy you need to protect her from.” His gaze slid back to me. “Or am I?” He took another drink, and it occurred to me that he’d probably had quite a few.

My stomach clenched at Leo’s random aggression. This was the first time we’d been together or spoken since I’d left him in the alley outside the diner. Clearly neither of us had forgotten that. The tension in the air fairly crackled, and I wasn’t sure who was going to break the awkward silence.

“Why do you call her Mia?” It was Sarah who spoke. She only sounded curious, not at all defensive or suspicious. I was pathetically grateful to her for shifting the focus as I held my breath, waiting to see if Leo would answer. “Is it Spanish?”

I saw his throat bob as he swallowed before he spoke. “No. Her name—her real name—is Amelia Quinn. After her great-grandmother. When we were little, sometimes her mom would call her that—Amelia Quinn. I wanted to say it, too, but I couldn’t pronounce Amelia. So I called her Mia. Mia Quinn.”

His voice was husky and sent a thrill down my spine. When I glanced up, his eyes were on my face again, boring into me until I couldn’t breathe. I shivered and then without thinking about it, I licked my lips. 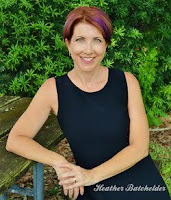 About the Author:
Tawdra Kandle writes romance, in just about all its forms. She loves unlikely pairings, strong women, sexy guys, hot love scenes and just enough conflict to make it interesting. Her books run from YA paranormal romance (THE KING SERIES), through NA paranormal and contemporary romance (THE SERENDIPITY DUET, PERFECT DISH DUO, THE ONE TRILOGY) to adult contemporary and paramystery romance (CRYSTAL COVE BOOKS and RECIPE FOR DEATH SERIES). She lives in central Florida with a husband, kids, sweet pup and too many cats. And yeah, she rocks purple hair.