Other Reviewed Titles: None
Release Date: December 1, 2011
Publisher: CreateSpace
Pages: 190
Source: ARC
Challenge: None
Justin Taggart doesn’t know anything (about being a loser). He likes girls and plays sports and has some friends. Unfortunately his fear of rejection outweighs his ability to deal with these well. Mostly there’s Sterling, the girl of his dreams who knows how to stop his heart by not knowing hie likes her. Another thing is trying to get money with Adam, who’s rich anyways so it’s more about hanging out. As for Justin, he makes ends meet by mowing people’s yards with Adam, and sometimes by breaking into vending machines and selling late-night cable programming to peers (also with Adam). But it’s not like he doesn’t feel bad about it since Jesus died for his sins. School is pretty terrible with all the work and practice, but there are a few people there worth mentioning. Anyone who picks up his journal will be in for something if they feel like getting through a lot of grammar and spelling problems. They’ll probably end up seeing that they shouldn’t have looked at it anyway, because this is someone’s private anthem of girls, grass, and loserdom.
________________________________________________________________________
Plot: There wasn’t much of a plot, mostly because this is the journal of a rambling, 16 year old boy named Justin Taggart. Each journal entry is like a little story about his day or something that happened to him or something that frustrated him. He talks about a lot of different things like girls (1 in particular), his best friend Adam, his various “jobs”, high school and football practice. Some entries are really interesting, others are kind of boring, and then some had me going “WHAT? Why would you do that?!” and then laughing.
Characters: Because the chapters are all set as journal entries it is very easy to get to know Justin. This book is written by him, not about him so we really get to see into his head. He pretty much just writes down whatever pops up. At points he was slightly too obsessed with Sterling, but in a funny way. And then there’s his best friend, Adam. By the end of the book I still couldn’t really figure out their friendship. They were best friends, but it almost felt like they didn’t even really like each other that much which was strange. Doesn’t that defeat the purpose of “best friends”? The characters were all pretty relatable, but would have been more so if I were a teenage boy I’m sure.
Cover:  The cover is a little too plain and doesn’t really go with the whole journal/diary theme of the book.
Overall Impression: Probably would have been more enjoyable if I were a boy and knew what they were talking about half the time, but still a nice read!
Rating: * * *
Thank you to the author for sending me the copy for review!
Posted by Unknown at 10:00 AM No comments: 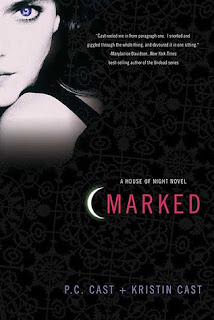 Rating: * * * *
This post is purely to announce that I have read and crossed Marked (House of Night, 1) by P.C. Cast & Kristin Cast off of the following challenge lists:
2012 OTS
This is just a way for me to easily keep track of my progress, no review to come.
Posted by Unknown at 3:55 PM No comments: 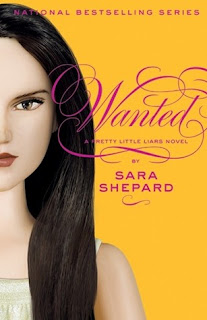 Rating: * * * *
This post is purely to announce that I have read and crossed Wanted (Pretty Little Liars, 8) by Sara Shepard off of the following challenge lists:
2012 OTS
This is just a way for me to easily keep track of my progress, no review to come.
Posted by Unknown at 12:38 AM No comments:

Spear of Seth
by Rene Daniel

Other Reviewed Titles: None
Release Date: June 16, 2011
Publisher: Createspace
Pages: 246
Source: ARC
Challenge: None
Author Website
What will Alex Khyan do when he faces a world he thought existed only in dreams of an ancient civilization? Alex needs a summer job, and gets one. It is not what he is used to, since he will work as a translator at an archeological dig at the island of Elephantine in the Upper Egypt.  Little does he know what he is getting himself into. Enter Heather and her father, John Van Senmut, the archeologist in charge of the excavations. The dig is not just some dig; it is the ruins of the Temple of Osiris, which stands at the mythical place where Nile emerges from the Egyptian Underworld. When John Van Senmut, falls ill and physicians give up on him, his daughter decides to search the Temple for the cause of the disease and possibly a cure. Her quest leads her, and her unwilling helper Alex, into the Netherworld, which survived the Egyptian civilization by two thousand years. They negotiate its dangers, as well as dangers which come from their contemporaries. They have only one guide – the Book of Gates.
________________________________________________________________________
Plot: Spear of Seth is very Indiana-Jones-like. The action begins right away and you are swept into a very detailed Egyptian adventure filled with treasure hunting, danger, and suspense. Every myth, legend and historical fact needed to understand exactly what they are searching for is clearly described to us. This really came in handy as I had no idea what any of the things they were talking about were. However, at times it was also a little overwhelming and I had trouble remembering and even understanding some of it. I’m not exactly sure how much of this is fact and how much is fiction, but either way, it is clear that a lot of time went into the organization, and maybe even research, of the story.

Characters: The book is told in alternating view points with the speaker clearly written at the beginning of each chapter. Some are told by Alex Khyan, while others are told by Heather Van Senmut. Both are college students who for different reasons get caught in the middle of this big adventure. We find out that Heather is related to the founding family of Van Senmut college and that Alex’s mom is Lebanese which is why he can speak Arabic, but not much else. A little more background into both would have been a great help as I had difficulty figuring them out. There is also a bunch of secondary characters that help both Heather and Alex along the way. Some were very helpful and trustworthy, while others only pretended to be. It frustrated me whenever one of these new “allies” betrayed them!
Cover: I feel that the cover perfectly reflects the book and it’s Egyptian adventure theme, it gives a perfect clue as to what to expect when you finally open up the book and read it.

Overall Impression: Fans of Indiana Jones and other adventure stories will definitely enjoy and appreciate this story.
Rating: * * *

Thank you to the author for sending me the copy for review.


And click here to read the prologue and first 2 chapters!
Posted by Unknown at 10:00 AM 2 comments: