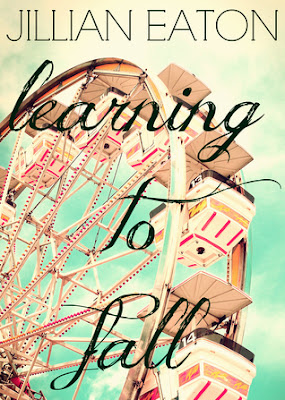 There are some lines that should never be crossed...
...and some desires that cannot be ignored.

Driven, meticulous, and a bit of a control freak, Imogen Finley is elated when her hard work and dedication culminates in a teaching position at Stonewall, a prestigious liberal arts college on the coast of Maine. Everything in her life is going exactly as she planned it… until she meets Daniel Logan.

But as their passion escalates, so does the dangerous situation they find themselves in. Because Daniel isn’t just the man Imogen's falling in love with… he's also her student.

Hi Jillian! Thank you for taking the time to talk with us!

What inspired you to write Learning to Fall?
I've been wanting to write a contemporary romance novel for a while. I don't know exactly where the idea came from, but I do know I wanted to try something different (IE a female professor having a relationship with a male student) and something realistic. Love triangles are fun, but I know I could hardly manage to get one hot guy to look in my direction, let alone two! I think everyone (male, female, single, married) will find something to relate to in Learning to Fall, and that was ultimately my inspiration: to write a novel that will make you think about, feel for, and ultimately fall in love with the main characters.

Which scene was most difficult to write? Which was your favorite?
A scene in the middle where Daniel reveals something very heart wrenching about his family to Imogen was incredibly difficult for me to write. Any scene between Imogen and Whitney, her roommate, was always fun, particularly when Whitney talks Imogen into having a huge party at their house...

What are your thoughts on the cover? Did you have any input in the design?
Since I designed the cover, I had all of the input. :) I wanted something a little different from all the other contemporary/NA covers out there. This cover is particularly meaningful to me because I'm terrified of heights (which means Ferris wheels are basically deathtraps) and a strong theme throughout the novel is Imogen's struggle to overcome her own insecurities and fears.

Are you working on anything new at the moment? If so, can you tell us anything about it?
Right now I'm in the middle of a historical romance novella. All my books before Learning to Fall (with the exception of one YA) have been historical romance, and this one in particular (Lady Harper) is the final entry in my London Ladies series. After it's finished, I'm looking forward to starting another contemporary.

Is there a specific place you like to write?
Last September my boyfriend and I bought a 100 year old house in Bethlehem, PA. It's bungalow style, with big (drafty) windows and tons of character (aka: things we will need to fix). Somehow I managed to talk him into converting the second biggest bedroom into an office, so I love to write there. And on the front porch. And in the little breakfast nook off the kitchen. And at Panera, because their breakfast sandwiches are awesome.

What do you think is more important: characters or plot?
Oh, good question! Ultimately, I think the characters are more important. You can have the best plot in the world, but if the reader doesn't care a fig for your characters they're not going to be emotionally involved in their outcome.

Books you currently have on your TBR list?
I just started True North by Liora Blake and love it already. On my short list I have The Liar by Nora Roberts,  Left Neglected by Lisa Genova, and The Blood of Olympus by Rick Riordan.

This or That:
Fantasy or Reality?
Comedy or Horror?
Pancake or Waffles?
Baked or Fried?
TV shows or Movies?
Pen or Pencil?
Chocolate or Vanilla? 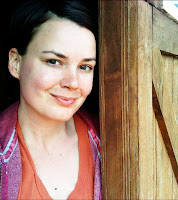 Jillian is twenty-eight-years old and grew up in Maine. She now resides in Pennsylvania. When she isn't writing Jillian is doing her best to keep up with her three very mischievous dogs.


She loves ducks, coffee, horses, hearing from her readers, that awful (but delicious) fake butter they put on popcorn at the movie theaters, anything sci-fi related, and staying up late finishing a good book.