Review (33): The Dirt by Lori Culwell

The Dirt
by Lori Culwell 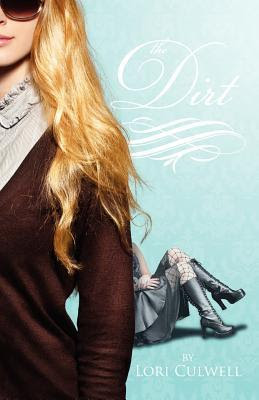 My Review:
Lucy has been surrounded by “The Whitley Family scandal” for the past 9 years and just when she thinks she is finally going to be able to distance herself from her dysfunctional family, everything just gets even more complicated. All she wants to do is go away to a boarding school in Connecticut where she can step out from under the shadow of her evil, perfect and uber popular older sister Sloane and out of the little desert town that seems to be obsessed with gossiping about her family. Her plan to move across the country relies on her father’s second wedding which does not go as anybody expected.

This book can be summed up in one word: Drama, drama, drama! I thought this was a very enjoyable and quick read. The plot wasn’t as unpredictable as I would have hoped, but it did have its fair share of twists and turns which held my interest. I wasn’t really satisfied with the ending though, I felt that there was something...missing. I don’t even know why, it just felt a little unfinished to me.

As for the characters, the Whitley sisters could not have been more opposite if they tried. I felt that Lucy lacked a lot of confidence which was understandable since she was always being put down by Sloane. I kept rooting for her to grow and stand up for herself, but she never really did. She kind of just hid behind Megan who did most of the fighting. This really made Megan become my favorite because she didn’t seem to be scared of anyone.

The cover is cute and simple. I’m assuming the two girls on it are supposed to represent Sloane and Megan. Why Lucy wasn’t included (since she is the main one), I don’t know, but I still really like it.

Click here to read Lori Culwell’s author interview!
And thank you to the author for sending me a copy for review.
Posted by Unknown at 12:01 AM