Twins in YA Fiction
Milda Harris 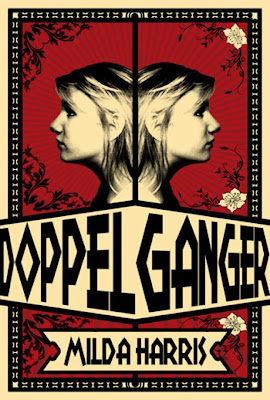 My new book, a YA sci-fi/horror romance novel called Doppelganger is about evil twins. Well, there's more to it than that--they might be aliens or maybe something even more sinister, but in general, they're beings that look like you, act like you, and pretty much could replace you because they appear to be your identical twin in every way.

This had me thinking about twins in YA fiction and I came up with a list of some of my favorite twins and a couple that I want to meet and read...not all of them evil, but all of them fun to read about!
That brings me back full circle to my latest book, Doppelganger. Citrus Leahy does not have a twin. In fact, she's an only child so when she is late to class one day and she sees herself already inside, she completely freaks out. It's probably aliens taking over the world and her life has just turned totally upside down. Goodbye, normal. Hello, paranormal! Luckily, her crush Aedan has the exact same problem!

I know I find twins, from the good ones to the evil ones, fascinating. You can either have fun switching places with your twin to fool your teachers or you get magical powers like a psychic connection. On a scary note, you could also have an evil one who just wants to take over your life or on the opposing side, you could simply just have a close sibling that you share everything with, including adventures. All of those scenarios make great stories and very fun reads!

About the Author:
Author Milda Harris is a Chicago girl who ran off to Hollywood to pursue a screenwriting dream! She has a dog named after a piece of candy (Licorice), was once hit by a tree (seriously), and wears hot pink sunglasses (why not?). Between working in production on television shows like Austin & Ally, Hannah Montana, and That's So Raven and playing with her super cute dog Licorice, she writes young adult murder mystery, horror, paranormal romance, and chick lit novels.