Excerpt of Em and Em by Linda Budzinski (w/ Giveaway!) 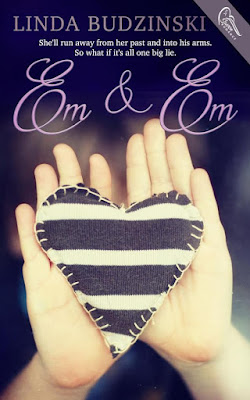 The last thing sixteen-year-old Emily Slovkowski wants is to move away from her home at the Jersey shore, gorgeous surfer boyfriend Zach, and her entire identity. But that’s kind of how Witness Protection works, and Em must prepare herself for an epic do-over as she starts a new life in the Midwest.

Even as she pines for sandy beaches and the night life of the shore, the newly-named Ember O’Malley finds herself making new friends, taking photos for the high school newspaper, and thinking an awful lot about the paper’s editor, an oddly cute cowboy named Charles.

When Em stumbles upon a shady beneath-the-bleachers exchange between one of the school’s football coaches and a student, she refuses to get involved. The last thing she needs is to be witness to another crime or call attention to herself. Besides, she finally has some real friends – well, real except for the fact that they don’t know a single thing about her – and she prefers to keep it that way until the trial.

But as her day in court approaches, Em begins piecing together what she saw that day beneath the bleachers. And, as her own past secrets start to catch up with her, Em needs to figure out who she really is – Em or Em.


Excerpt:(Scrollbox)
Charles leaned toward her. “Come on, tell me. What kind of photographer do you want to be?”

Ember pulled the sleeves of her sweater down over her hands. She drew up her knees and hugged them into her chest. She’d never talked about this to anyone. What if it sounded stupid? “I want to be a portrait photographer, but not the kind that takes pictures in the studio; the kind that takes pictures of people out in the real world, being who they are and doing the things they love to do.”

She glanced at him. He didn’t look as though he thought she was stupid. He looked… interested. “You know how they say a picture is worth a thousand words? Well, I want to tell stories about people. True stories. Stories of who they are deep down.” Like that picture of Trina. The one that proved she wasn’t too old or too cool to love the thrill of the wind tugging a kite up, up, up into the sky. “I want to take pictures that push past people’s images and uncovers something real.” 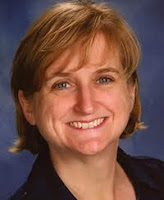 I live in Northern Virginia with my husband, Joe, and our feisty chihuahua, Demitria (also known as Dee Dee, The Puppy, and Killer). I'm a sucker for romance and reality TV and have been known to turn off my phone's ringer when watching "The Bachelor." My favorite flower is the daisy, my favorite food is chocolate, and my favorite song is "Amazing Grace."


I write young adult romance. My novels, both published by Swoon Romance YA, are EM & EM and THE FUNERAL SINGER. I am represented by Andrea Somberg of Harvey Klinger Inc