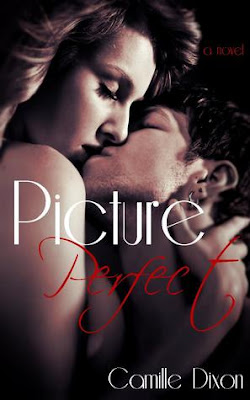 
On the outside, Devin Thompson looks like he has it all--charm, good looks, and a scholarship every art major at Sanhope would kill for. But on the inside, he's dying. His family is falling apart, his grades are dropping, and his girlfriend just dumped him for his hockey team rival, who also happens to be his younger brother. Not to mention he hasn't been able to snap a decent picture for his senior portfolio in weeks. But when a sultry redhead with fire burning in her eyes struts across his path, he thinks he may have finally found his muse...

Angela "Angel" Davis learned early on that life never offers any hand-outs. And she's getting burned out. Between juggling her nights as an exotic dancer at a men's private club and struggling to keep up with her elementary education courses during the day, she barely has time to think of the future. Not that she wants to. The future implies planning, and Angel is no stranger to broken dreams. Then she meets Devin, a man who's so wrong for her, yet she can't seem to stay away from.

When Devin offers to take her on as his private model, Angel finds the cash hard to refuse. Each has something the other desperately needs, and neither one is willing to walk away. As their professional relationship spirals out of control into something more, they learn sometimes the wrong person can be the only right person, and that life--and people--are rarely picture perfect.

Hi Camille! Thank you for taking the time to answer some questions about your new book! How long have you been writing?
I've been writing my whole life, but I've been actively writing for the past three years. (Yes, I had my fair share of fan fiction days when I was in grade school.)

Have you always wanted to be a writer?
I’ve always loved to write, but for some reason I never considered writing as a profession until later in my life. I think it comes to you when you’re ready for it.

Tell us about your book.
Picture Perfect is a sweet and spicy new adult romance about these people with damaged pasts – and hearts – who find redemption through their love.

How did you come up with the idea for Picture Perfect?
Like most of my ideas, it just kind of hit me one day. I knew I wanted a story about a dancer and a photographer, and I knew what Angel would look like. Then it was just a matter of figuring out the rest and letting it come to me.

Will Picture Perfect have a sequel, or will other characters get a book?
No, it’s a stand alone story. There isn’t enough conflict in the background characters’ lives to drive future stories, and I have other books I want to focus on.

What’s your favorite love story?
Hard to say! I’m a big fan of Jane Austen’s Pride and Prejudice and Sense and Sensibility. I also love the film Ever After with Drew Barrymore.

Do you think you’ll ever pursue traditional publishing?
Yes! I want to be a hybrid author, and I make no secret of it. While I like having total creative control, it can also be draining. I wouldn’t mind if someone else did some of the work.

Are you writing any other books at the moment?
I’m outlining a new adult series called New Haven Hope that I hope to start releasing by the end of the year. It’ll have a similar vibe to Picture Perfect.

What other genres do you write?
Currently, I write high fantasy, urban fantasy, and paranormal romance under other pen names. I’m also interested in horror, erotica, and sci-fi. I’d like to eventually try them all, just to see what I can learn from them.

What do you like to do for fun?
Aside from reading, I like to play around in Photoshop and draw. I also enjoy watching movies and hanging out with my husband.

Do you have any advice for aspiring writers?
Read a lot and write a lot. Read outside of your genre and read as many books inside your genre as you can. Look at the New York Times and USA Today Bestsellers Lists. Those books got on there for a reason. Read as many creditble "how-to" books as you can, critique others' works, and have your own critiqued. Don't half-ass it. Put everything you have into it.

Thank you for having me!

About the Author:
I'm a Southern girl who's spent the last few years freezing my toosh off up north. Except for the snow, things are pretty good. I love sunshine, sweet tea, and romances that touch my heart. A lifelong romantic, I found my own prince charming at an online dating site. Six months later, he asked me to marry him. Picture Perfect is my debut novel.