Excerpt of When the Silence Ends by Jade Kerrion 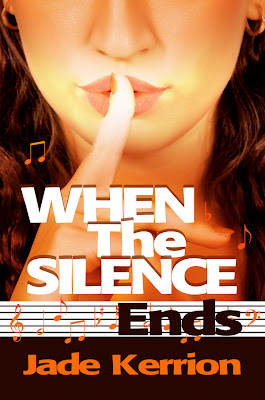 Title: When the Silence Ends

Seventeen-year old Dee wants nothing more than to help her twin brother, Dum, break free from the trauma in their childhood and speak again, but the only person who can help Dum is the alpha empath, Danyael Sabre, whom the U.S. government considers a terrorist and traitor.

The search for Danyael will lead Dee and Dum from the sheltered protection of the Mutant Affairs Council and into the violent, gang-controlled heart of Anacostia. Ensnared by Danyael’s complicated network of friends and enemies, Dee makes her stand in a political and social war that she is ill equipped to fight. What can one human, armed only with her wits and pepper spray, do against the super-powered mutants who dominate the Genetic Revolution?

America, nevertheless, is ripe for transformation. Exhausted by decades of belligerence between humans and their genetic derivatives—the clones, in vitros, and mutants—society is on the verge of falling apart or growing up. Dee, with her sassy attitude and smart mouth, is the unwitting pebble that starts the avalanche of change. In her quest to help her brother become normal, Dee will finally learn what it means to be extraordinary.

When the Silence Ends is the Young Adult spinoff in the award-winning Double Helix series and can be read as a standalone novel.


Excerpt from Chapter 1:
Author’s note: Dee is an ordinary human surrounded by extraordinary people, including her brother Dum who is an empath, and their friend Jessica, a telepath and telekinetic. In a world where the lines are clearly drawn between what’s normal and what’s not, Dee will find that there is still lots of room for ordinary to grow into extraordinary. I hope you enjoy this excerpt that showcases the relationship between Dee, Dum, and Jessica…
~*~
Dee stalked over to her brother. For a long, silent moment, she stared into his familiar face as he bopped along to whatever music was blasting from his iPod. He did not even look at her. When had he become a stranger? She smacked him on the side of his head and remained unmoved when he raised his aggrieved gaze to her. “Are you saying that this place is okay for you?” she asked, raising her voice so that he could hear her through his ear pods.

“Are you sure about that? We’re moving here so that you can train with Danyael. I’d hate for you to feel inconvenienced about leaving the comfort and protection of the council for this dump.”

He frowned, his eyebrows drawing together, and turned away.

All right, so he understood sarcasm. How was she supposed to argue with a person who would not argue back, but who could hurt her just by walking away? Dee was still scowling and blinking back the tears from her eyes when Jessica returned with an armful of cleaning supplies. Dee ignored Jessica’s compassionate glance. “I thought Danyael said he worked all day. I didn’t think he would be around.”

“You broke into his apartment?”

Jessica put the cleaning supplies on the grimy countertop in the kitchen. She tapped the side of her head. “I flipped the lock on his door. I did tell him, though.”

“Before or after you broke in?”

Jessica cocked her head to the side. “Why are you so uptight about stuff like that?”

“Because when I do it, I run the risk of being caught and labeled a criminal. You do it, and nobody cares.”

“Sure, they care. They just don’t notice.”

“Look, I got his permission. Who cares if I got it a microsecond before or after I flipped the lock? You need to chill out.” Jessica snatched up a spray bottle and a rag, and stomped off toward the bathroom.

With a sponge in hand and her teeth clenched, Dee scrubbed out the dirty brown spots on the kitchen counter. Jeez, I’m becoming my mother. Except that Mom had never been a nag. When she wasn’t sunk in depression, Mom had been cool, even though she had been a mutant. Dee cast a narrow-eyed glare at her brother, who was washing down the windows. Mom had not been an alpha mutant; she had not possessed the prerequisite weirdness that accompanied most alpha mutants.

I am not weird. Jessica’s irate voice snapped through her head.

Dee hurled the sponge into the sink and stalked into the bathroom. For a long and silent moment, she stared at the rag, apparently under the control of an invisible hand, as it scrubbed down the shower tiles. She looked back at Jessica who sat on the closed lid of the toilet bowl.

“Fine, but that—” She pointed at the hardworking rag. “—is not normal.”

“What’s not normal is how gross the shower is. I’m not stepping in there to scrub it out.”

Dee’s passing glance at the shower became a hard look, and she chuckled. “Is that green thing in the corner alive?”

“Yes, and it’s really close to sentient thought. In a year, it might be able to talk.”

Jessica’s gaze darted to Dum and then flashed back to Dee. She switched to a telepathic conversation. He can talk, you know. I asked Danyael. He said there wasn’t anything wrong with Dum physically.

I know. The problem is just in Dum’s head. What else did Danyael tell you about my brother?

Jessica shrugged. If you want to know, you can ask Danyael directly. It’s not like it’s a secret. 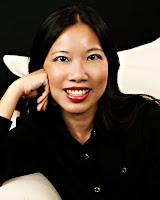 About the Author:
Jade Kerrion unites cutting-edge science and bioethics with fast-paced action in her award-winning Double Helix series. Perfection Unleashed and its sequels, Perfect Betrayal and Perfect Weapon, have been described as “a breakout piece of science fiction” and drawn rave reviews for their originality and vision. Her latest novel, When the Silence Ends, is a Young Adult spinoff the Double Helix series. She is also the author of Earth-Sim, a whimsical and compelling view of Earth’s history through the eyes of the two students assigned to manage our planet.

Email ThisBlogThis!Share to TwitterShare to FacebookShare to Pinterest
Labels: excerpt