Guest Post: The When, Where, What, Why and Who of Push Me, Pull Me by Vanessa Garden (w/ Giveaway!) 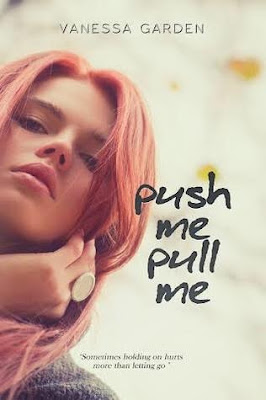 Since Ruby Milton’s mother committed suicide, she’s forgotten what it’s like to be seventeen.

Saddled with taking care of her toddler brother and alcoholic father, Ruby has no time for fun. She also can’t shake the growing resentment she feels for her mother’s decision, which left her unable to grieve without anger and regret.

Then she meets blue-eyed musician Byron Black, who challenges everything she believes.

Byron refuses to let anyone control his life—or his death. When he left the city behind, he was in search of somewhere where nobody knew his secret. What he didn’t expect was to meet a beautiful redhead whose views conflict so completely with his own. But as their romance deepens, he begins to doubt his choices and decides to return to the city…for one last chance.

When Byron disappears, Ruby will stop at nothing to track him down.

Upon finding Byron, Ruby discovers his devastating secret, and a battle of wills begins. Byron doesn’t want her to know this part of him. He has to deal with it by himself, even though the idea of losing her tears him apart.

Will they be able to see each other through the darkness?

Or should they save their hearts and just let go?

The When, Where, What, Why
and Who of Push Me, Pull Me

When did you decide to write Push Me Pull Me?

I decided to write Push Me, Pull Me while I was waiting to hear back from publishers who at the time were looking at my first Young Adult novel, Captivate.
For a while I'd been tinkering around with an idea for a contemporary YA set in a small town (I'd only written books with fantasy elements up until then), and, needing a complete break from the fantasy series I'd been writing, I dived head first into Ruby and Byron's story.

Where did you write it?

I wrote the first draft of Push Me, Pull Me in two of my local cafes. Seeing as a lot of the story is set in a bookstore cafe, being in that environment really helped me to lose myself in the story. The daily coffee and cake helped too!

What is your favourite scene from Push Me, Pull Me?

Without a doubt the explosive kiss scene, where Byron and Ruby lock lips in the rain during a thunderstorm! It's sizzling!

Why did you decide to include a bookstore in the setting of Push Me, Pull Me?

I was working at a lovely bookstore at the time and this greatly influenced the one in Push Me, Pull Me. Plus, I'd always wanted to write a meet-cute set in a bookstore. Now I have! :)

Who is your favourite character? 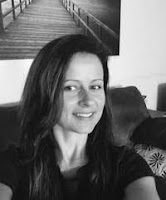 A bookseller and Young Adult author, Vanessa loves nothing more than immersing herself in the exciting world of books. When she is not gushing about her favourite reads with customers, or mentally casting actors to play the characters in her books, Vanessa enjoys hanging out with those she loves most.