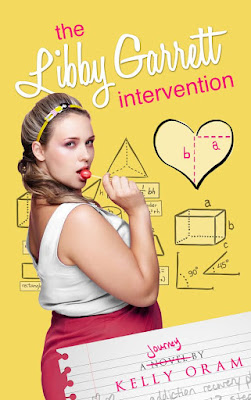 Welcome to Day 2 of Science Geek Appreciation Week with Author Kelly Oram! If you missed yesterday's post about The Avery Shaw Experiment, you can check it out HERE. And don't forget to stop by the Facebook party for all kinds of extra bonus material, games and giveaways. There's a new giveaway every day. CLICK HERE TO PARTY!

Avery sighed. “This isn’t an attack, Libby, it’s an intervention.”

Avery smiled again, but this time it was full of determination. “You have a problem, Libby. We’ve all come here tonight because we love you and we’re worried about you.”

“Okay, someone definitely cooked up something special in the chem lab or something. You’ve all officially gone mental. I’m not on drugs.”

Avery shook her head. “But your relationship with Owen is just as destructive.”

I’d heard enough. “An intervention?” They were comparing me to a drug addict and saying Owen was my crack? “I came here to apologize to all of you and this is what I get?” I jumped to my feet. “This is such equus ferus feces!”

I bolted for the door and got about three steps before Adam intercepted me, blocking the way like a lean, tattoo-covered wall of attitude. He stood in a typical bouncer’s stance with his feet shoulder width apart and his arms folded across his chest. Though he wasn’t particularly tall or bulky, he was still intimidating. I glared up at him. “And you’re a gluteus maximus!”

Adam’s face pulled into a frown and he looked to the group to translate. Aiden grinned. “That’s Libby speak for ‘This is horse shit’ and ‘You’re an ass’.”

Adam brought his gaze back to me, and I kept up my glare, refusing to take it back. I waited for him to flip out on me, but was shocked when his lips twitched as if he was fighting a smile. I had to be wrong, though, because there was no way this jerk had a sense of humor. “Get out of my way.”

He face hardened again. “You sit that luscious little gluteus maximus of yours back down on that couch right now,” he said, “or I’ll put it there myself.”

It really does not happen often, but I was rendered completely speechless. I was also unable to move, save the way my eyes tripled in size as I gawked at him. He gave me a dry look and added, “Capisce, Cider Chick?”

When I looked at Libby, she shrugged as though she was as helpless in this situation as I was. “Help me, Coffee-Wan Kenobi. You’re my only hope.”

It was so Libby.

“Okay.” I prayed I wasn’t making a huge mistake.

Kate and Avery both squealed and pounced on me, giving me hugs. I was still wary, but their energy was contagious and I cracked a smile.

“Thank you, Adam,” Avery said. “You really, really are the best. Is there any chance you could get started tomorrow? Libby managed to say no to Owen tonight, but if we don’t help keep her distracted tomorrow, she’s going to end up in his very expensive hotel suite tomorrow night.”

And just like that, all my reservations about this disappeared. I was all in, and failure was not an option. Libby was never going to end up in that jerk’s bed ever again if I could help it. “Tomorrow’s as good a day as any. I’m off work at two.”

Libby was already at the door trying to escape, but she stopped before turning the knob. “Actually, I need you ready to go at seven thirty in the morning. Avery already cleared it with your boss. He was more than happy to take your shift. He said he’s been trying to get you to take a vacation day for months.”

My head reared back. “You cleared my schedule tomorrow?”

Libby looked me right in the eyes and grinned wickedly. The smile did something to my insides. “You’re mine tomorrow, Coffee Man,” she purred jokingly.

I stopped breathing. Hers. Yes. Yes I was. Heaven help me, but I was hers. This was so bad. If I wasn’t careful Libby Garrett was going to break me. I had to take control of this situation fast. I don’t know what kind of look I had on my face when I stalked across the room toward her, but her eyes widened and she backed up until she bumped into the door.

“You’ve got that all wrong,” I said, placing my hand on the door beside her head, trapping her in front of me. I’d meant to intimidate her a little, but when she sucked in a breath and shivered, I lost control again. I leaned in a little too close and my next words accidentally came out in a possessive growl. “Starting tomorrow, Cider Chick, you are mine.” 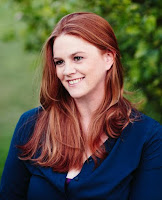