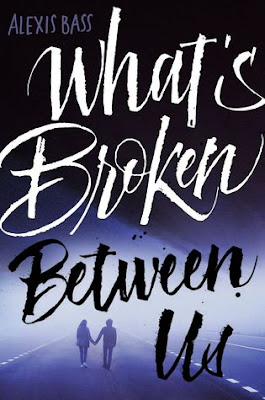 What's Broken Between Us
by Alexis Bass

From Alexis Bass, author of Love and Other Theories, comes her heartbreakingly beautiful second novel, perfect for fans of Gayle Forman and of Robyn Schneider’s The Beginning of Everything.

A year and a half ago, Amanda Tart’s brother got behind the wheel drunk, killed his best friend, and paralyzed his girlfriend. Today, he’s coming home from prison.

Amanda’s been the one living with the fallout, made worse by her brother’s recent unapologetic TV interview. People think he’s a monster. Still, she loves him. It’s her dark secret, until she starts getting close to Henry again—whose sister is paralyzed from the accident.

A year and a half ago, her brother destroyed his life. Now Amanda has to decide if she’ll let his choice destroy hers.


This sounds heartbreaking.
Posted by Unknown at 12:01 AM