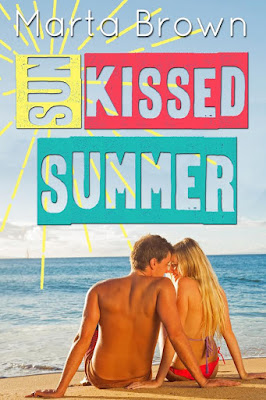 Summer can change everything.

For shy, bookish Katie Quinn, it just might after an accidental mix-up at the airport on the way to visit her grandparents for the summer leaves her stuck with the wrong suitcase. One full of short shorts, high heels, and absolutely nothing she would normally dare to wear. Until she realizes her newfound look has garnered the attention of Key West's biggest hottie, Brad-freaking-Garrison, and might just give her the one thing she's always dreamed of--an epic summer romance.

A romance her summertime best friend only wishes he could give her. But for Oliver, getting Katie to see him as more than just some dumb jock isn't going to be easy after he agrees to compete against Brad in a kite-surfing competition. And if Brad has any say in it, the prize is Katie herself.

With more than just a contest on the line and a friendship at stake, will this be the summer Katie finds her footing, even if it is in someone else's shoes? Will Oliver finally get the courage to tell Katie how he really feels and get out of the friend-zone for good? Or, like a kite in a hurricane, will everything they've ever hoped for be lost in the storm?

Marta Brown grew up in the Pacific Northwest and was a teenager when Doc Martens, Pearl Jam and flannel were the norm, and Dylan loved Kelly forever. (Beverly Hills, 90210 shout out!)

She still lives just outside Seattle, now with her husband and cat, and loves the rain.

When she’s not writing about cute boys, first kisses and the magic and wonder of being seventeen, she’s watching The CW. And she sleeps in. Late.