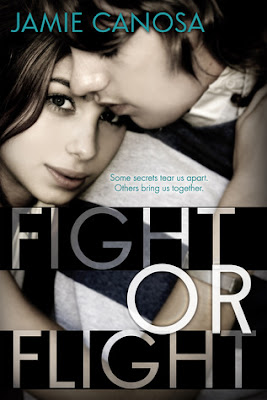 Keep your head down.
And look out for number one.

These are the rules Jay has lived by for the past two years. The rules of surviving life on the streets. But when Em comes bursting into his life, in all of her disastrous glory, the rules go right out the window.

Survive.
Flee what’s been left behind.
And never look back.

Emerson’s plan was simple. Though, it was easier said than done. The city streets are dangerous and unforgiving to a new arrival. Especially, a seventeen-year-old girl who’s never known anything but life in the suburbs. Sometimes, however, what’s lurking behind those white picket fences can be more frightening than any dark alley.

Both of them made the same decision when life got overwhelming—to run from their demons. Brought together by fate or circumstance, Em and Jay find the kind of love neither of them ever expected. But, when those demons come back to haunt them and their love is on the line, which instincts will they choose to follow this time . . . Fight or Flight?

Hi Jamie! Thank you for taking the time to answer some questions about your new book! First off, describe Fight or Flight in 3 words for us?

Where did the idea for Fight or Flight come from?
Honestly, it started with a dream. It was one of those half-awake/half-asleep things that fall somewhere between dreams and daydreams. I was thinking about another book I was working on and this scene just came into my head. It didn’t work for that particular book, but I liked it so much I started building a story around it and then Em and Jay were born.

Are you working on anything new at the moment?
I’m working on a few different things right now. The third installment to my Heart and Soul paranormal romance novella mini-series, the sequel to my debut dystopian novel, Dissidence, and a spin off novel to Fight or Flight that follows the character of Al.

Do you listen to music while you write?
Not while I write. I tend to sing along to music and then the lyrics and words in my head get all tangled. But, I did have a whole playlist of music to listen to whenever I got writer’s block for this book.

If your book was being turned into a movie, who would you cast as the leading roles?
For Em, I’d probably choose Michelle Trachtenberg. And for Jay, Tyler Posey. 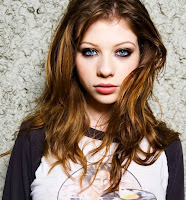 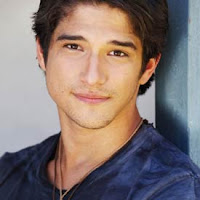 
Once again, thank you for sitting down with us & good luck with your new novel!

About the Author:
Jamie Canosa is a full time author of YA literature, which she absolutely loves. When she’s not writing or spending time with her family, she can usually be found with her nose in a book. She currently resides in Ravena, NY with her wonderful husband and three crazy kids . . . plus the dog, the bird and the rabbit.

Her debut novel, Dissidence, was published in 2012 along with several novellas, including

the first in her Heart and Soul series, ‘Temptation’.