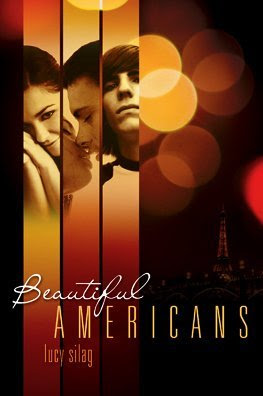 My Thoughts:
The book follows four American teens as they study abroad in Paris for their junior year of high school. There’s Alex, a pretty, rich New Yorker who just wants someone to love her, Olivia, a San Diego native who loves dancing and ballet more than anything, Zach, a closeted Memphis boy, and gorgeous PJ, who seems to be running from something back home in Vermont. Let loose in the City of Love, they get themselves into quite a few messy situations.

I really liked that each chapter alternated between the four teens. Not only do we get an inside look into what they are thinking, we also see how they feel about each other. I loved that extra insight! The book is very easy to follow, everything flowed together despite the constant shift in perspective. Unfortunately, the plot wasn’t that great and it didn’t pick up for quite a while. It took me some time to get into the story, but by the end I couldn’t put the book down. That ending left me craving more!

Luckily, the characters made up for the not so great plot. My favorite would definitely have to be Olivia--though I wouldn’t have said so in the beginning. She was the most surprising of the four and I was really shocked at how much she changes (in a good way) over the short period of time she spends in France. I thought I had her completely figured out at the start which made her a bit boring to me, but boy was I wrong! I was SO glad with her decision at the end.

The other three are all great and complex in their own ways. I found Zach to be really honest and a great friend. He starts his junior year terrified to come out to anyone but Alex, but by the end of the novel, he seems to be much more comfortable with who he is. I wish he had found the love he was looking for. Alex is a very difficult character to like. She is a bit annoying and bitchy at times, but it is obvious that it is all just for show. She is extremely vulnerable and has a hard time being honest and showing people who she really is. She goes to Paris with the hopes of finding someone who will finally love her, but ends up with even more heartache. And last but not least, is Penelope Jane, better known as PJ. PJ spends the majority of her time keeping people at arms length and worrying about what is happening to her parents back home. Although she does have reason to fret, it really makes it difficult for her to enjoy her time in Paris. I don’t think she has fun once which is a real waste in my opinion. You’re young, gorgeous, and in Paris (with basically no supervision), go out and do something crazy!