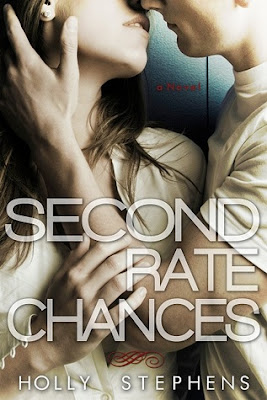 Sam wakes up in the hospital expecting to find his girlfriend by his bedside. Instead, he finds a bleached-blond diva, claiming to be his fiancee, hovering over him. When he learns that he's just woken up from a coma and has lost the last three years of his life, any semblance of stability he thought he had falls down around him. All he wants--all he needs--is Lil.

After countless visits with her shrink and too many sleepless nights waiting for the one man she loves to walk back through the door, Lil wants nothing more than to separate herself from the life she used to have. But the moment Sam smiles at her, Lil knows it's going to take more than self-restraint to stay away.

Second-Rate Chances is about a young man fighting to regain his memory, and the one thing in his life that felt real. A modern-day Samson and Delilah, it's a look at what it means to love and be loved, and to fight though it seems hopeless.


Excerpt from Chapter 1:
Sam didn't sleep. He couldn't. Not after having the joy of Lil in his arms. This bed? It wasn't his. It was something Chloe had chosen. The mattress was too firm and the style too contemporary--the tall headboard with its clean lines and the streamlined look of no footboard. Lil's bed, their bed, was comfy with all of its pillows and soft, pillow top mattress. The curved woodwork made it feel homey.

Instead of sleeping, he dug through every inch of his home, looking for anything and everything that might let him see a glimpse of the man he once was. He had gone through his closet, the cabinets in the kitchen, even his dresser. Everything he once knew, all the old jeans with holes in them from normal wear and tear--the concert t-shirts he had collected all through college--all of it had been replaced by designer denim that was distressed by a machine and starched button down shirts and ties. It wasn't until he was searching through the bottom drawer that held his gym shorts, did he find what he realized he had been searching for all along.

Tucked in the very back, Sam's hand ran across the small box. Slowly, afraid that it might disappear once he laid his eyes on it, he pulled it out and stared at the black box, his heart beating ninety to nothing. The hinges creaked as he opened it. He swallowed past a lump in his throat as the diamonds sparkled, reflecting off the light in his bedroom.

He had bought Lil an engagement ring. The same day he had bought the infinity bracelet for her. He had loved the design; he felt like the meaning signified exactly what their relationship meant. His love, no matter what, would go on and on. And it had. 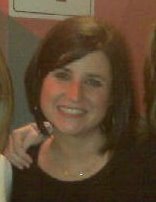 People have often told me that I live in a fantasy world. Little did they know, I was building an empire of stories in my head one day to share.

I'm a mother first, a wife second, and a writer third. I'm so thankful to have been given this chance to get my stories out of my head and onto paper.

When I'm not writing, I sell plumbing (no I'm not kidding) and read romances that leave my heart a flutter. I know a ridiculous amount of pop culture information and can quote certain movies word for word. Music drives me to write and to also sing off key.