Excerpt of Trust In Me by Bethany Lopez 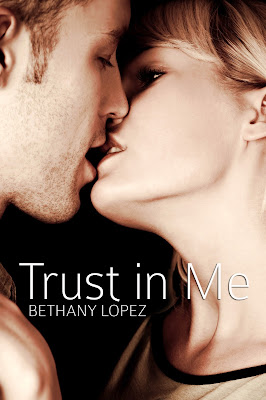 Roni's dreams of becoming a contemporary dancer were smashed under the brutal rage of her ex-husband's fists. Getting divorced and starting over at the age of twenty-two was never her plan, but maybe in Texas, she'll find her path. When the town's local player, Rich, opens a Rec Center, she sees a way to rekindle her dancing dreams...and maybe have a little fun with her sexy new boss.

Rich never expected to fulfill his dreams in the town he planned to leave behind, but that's just what he's doing. His reputation as a noncommittal ladies' man might make it challenging to earn respect in the business world, but he's willing to prove that he's serious. In fact, when it comes to pursuing Roni, he's more than willing. But she's taking a page out of his book, not wanting to risk another relationship. Can he convince her that his playboy days are over and that she can trust him with her heart?

Excerpt:
When she walked in, his breath caught and his entire body seemed to stiffen.

Her hair was piled on top of her head, black boy shorts showcased her long, lean legs, and a small black tank molded to her slender form. Her feet were bare. For some reason that last bit of bare skin made Rich feel like he was going to lose his mind.

She padded softly across the wood floor to the radio and hooked her iPod in. She stretched languidly in front of the mirror, seeming to have forgotten Rich’s presence.

With each stretch, Roni became more limber, and Rich became harder. He was starting to think this audition was a terrible idea.

When she was finished stretching, she pressed play on her iPod and positioned herself in the center of the room. As Christina Perri’s voice filled the room, Roni began to move.

Rich couldn’t have uttered a sound if he wanted to. He was completely, and utterly mesmerized.

Her body seemed to be made for this. The movement was so natural, so sensual, Rich had to focus on keeping himself in the chair… his entire body seemed to scream at him to get up and go to her.

As the music stopped, Roni turned to him, her chest heaving as she fought to catch her breath.

“That’s the contemporary. It’ll be for the advanced classes. I can show you the basic ballet and tap steps for the younger classes if you’d like.”

Rich tried to speak, but squeaked instead.

He felt his face grow warm as he cleared his throat and tried again, “Um, no. That won’t be necessary.”

Roni stretched a bit as she walked towards him, a puzzled smile on her face. 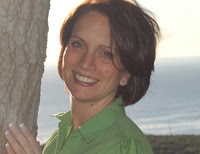 About the Author:
Bethany Lopez was born in Detroit, Michigan, and grew up in Michigan and San Antonio, Texas. She went to Dearborn High, in Dearborn, Michigan, which is where she has set her Young Adult series. She is married and has a blended family with five children. She is currently serving in the United States Air Force as a Recruiter in Los Angeles, California. She has always loved to read and write and has seen her dream realized by independently publishing her novels through Amazon, Barnes & Noble, and Smashwords.