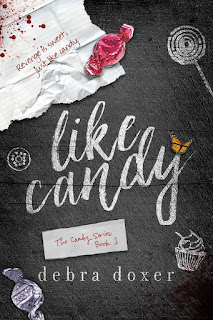 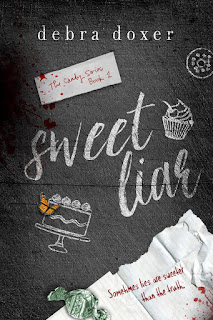 Candy Seaborne knows she's badass. She takes after her father, an assassin and possibly a spy, although he won't admit to either. She idolizes him. Her dream is to follow in his footsteps. But first, she has to finish high school.

Biding her time, waiting for real life to begin, Candy craves drama and isn't above manufacturing some. If you're a classmate who wronged her or a boyfriend who cheated, watch your back. She's no pushover, and revenge may be her favorite pastime.

Jonah Bryson is the senior class heartthrob who breaks all the stereotypes. He's a jock, but he isn't the typical player. He's moody and antisocial. No girl has gotten anywhere with him since his last girlfriend broke his heart.

Candy sees Jonah as a challenge and the perfect distraction. But she may be in over her head because unlike everyone else, Jonah isn't buying her tough act. He sees the lost, lonely girl inside. He see too much. When he looks at her that way, she wants to let her guard down and be vulnerable. But that's the thing she should do because her father's world is spilling over into hers, and life is about to get real much sooner than Candy expected. 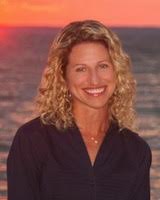 Debra Doxer was born in Boston, and other than a few lost years in the California sunshine, she has always resided in the Boston area. She writes fiction, technical software documents, illegible scribbles on sticky notes, and texts that get mangled by AutoCorrect. She writes for a living, and she writes for fun. When her daughter asks when she’ll run out of words, her response always is, “When I run out of time.”


Connect with Debra. She loves hearing from readers.