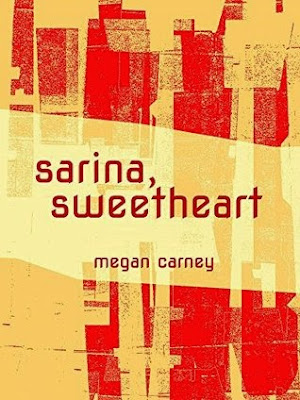 Her mother wanted a baby to please her father, her father wanted a weapon that could destroy the world. Using the IVF lab at the hospital where he worked, he tinkered with embryos and their genes. Most died long before being implanted, but then on try number two Sarina was born. Her breath is literal poison and she in the only person in the world—besides her mother and father who were injected with the antidote—that can carry HF186-2A without dying. She was discovered at only six weeks old when her father decided to use his new weapon to infect tourists on a cruise ship docked in Key West. Somehow government officials traced the budding pandemic to her family and she has been locked up in a lab being tested and prodded ever since—until someone helps her escape.

I honestly wasn’t expecting to like this as much as I did. In my opinion this is sort of similar to Shatter Me by Tahereh Mafi; both protagonists are locked in a lab being tested and detained because of “powers” they can’t control and each vow to destroy the people that have kept them captive their entire lives—no matter the consequences. However, I may actually like Sarina, Sweetheart better because I found Sarina to be a much more enjoyable character than Juliette. Sarina is ridiculously smart which isn’t surprising since she has spent 23 years basically doing nothing but reading and watching anything she can get her hands on. She knows so much I feel like I learned a thing or two from just reading the book. She is also extremely resourceful (she came up with and created some pretty impressive things while on the run), tenacious, and a bit socially awkward.

The overall plot was interesting and kept my attention throughout. The amount of action is just right and, more importantly, it is believable. She doesn’t automatically turn into a ninja when the time calls for it which I appreciated. There are also some graphic gory scenes (particularly chapter 8) so be aware of that if blood is something that freaks you out; it made me cringe a little, not gonna lie.

I didn’t like the romance aspect but I guess it wasn’t the main focus of the story so it didn’t need to be particularly amazing. She has 2 love interests throughout the book—one of which she claims to be in love with after about 3 days—but any time we spend with them is brief. She constantly refers to herself as an animal that can’t be controlled whenever she's around them…it was just kind of unrealistic to me. I know she’s been sheltered her whole life and these are the first guys around her age that she’s known, but I feel like that should make her hesitant to throw herself at them. But I don’t know maybe that’s just naive of me to say? I also didn’t particularly love the cover. I think this book deserves a much more badass, attention-grabbing cover so I hope it gets updated in the future.

Overall, I really enjoyed Carney’s writing. She doesn’t overpower with details, but the way she describes things really brings them to life. I will definitely be picking up her next release!