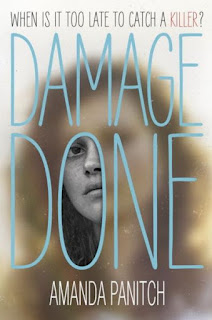 From Barnes & Noble:
22 minutes seperate Julia Vann's before and after.

Before: Julia had a twin brother, a boyfriend, and a best friend.

After: She has a new identity, a new hometown, and memories of those twenty-two minutes that refuse to come into focus. At least, that's what she tells the police.

Now that she's Lucy Black, her fresh start has attracted the attention of one of the hottest guys in school. And someone much more dangerous. She thought her brother's crimes were behind her. But now she's being forced to confront the dark secrets she thought were safely left behind. How far will Julia go to keep her slate clean?

One thing is clear: The damage done can never be erased. It's only just beginning...

In this deliciously twisted contemporary thriller, family can be a real killer. For fans of We Were Liars and readers who love unique multiple perspectives that leave clues like breadcrumbs until they reach the stunning conclusion.

This sounds pretty intense and I'm all for thrillers. Can't wait to find out what exactly got her into this mess in the first place!
Posted by Unknown at 12:01 AM