Interview with Amanda Black, Author of The Single Game (with Giveaway!) 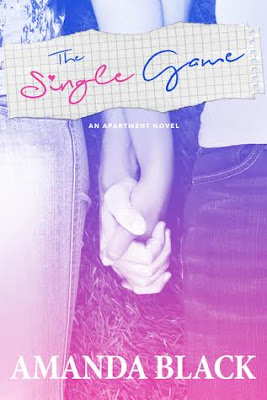 When Eden Foster’s parents tell her they’re moving from Chicago to the Illinois suburb of Aledo, Eden is crushed. That is, until she runs crying to her jock boyfriend, who she finds on top of her so-called best friend. Moving’s not looking so bad anymore.

Now a senior at Mercer County High, Eden is ready to re-enter the dating scene. Still burned over the betrayal of her ex, she’s looking for someone sweet and innocent. With the help of her two new friends, Zoe and Amy, Eden makes a list of what she’s looking for: an eager virgin, ready for training—and no jocks.

Eden thinks she’s found what she’s looking for in Logan Black, a shy and geeky classmate. But why are Zoe and Amy convinced that the answer to her search is a party game…with kissing?

Eden better get ready, because she’s about to play the Single Game.

Hi Jo! Thank you for taking the time to talk with us!
What elements of your own love life influenced this story? More than I should probably admit! My husband and I were both very young when we started dating. Not quite as young as Eden and Logan, but there were still plenty of bets that we would never make it.

There is less angst in The Single Game than in your previous books (The Apartment and The Blank Canvas), can you talk about that a little bit more?
That was most definitely on purpose. By the time I finished writing those books I was absolutely drained from all of the emotions I had dredged up, both personal and fictional. Once I started getting the idea for The Single Game I saw that as an opportunity to just sit back and have some fun. It sounds funny to say that I was avoiding melodrama while also writing about teenagers, but I just wanted it to feel genuine, sweet and loving. Life has enough angst. I wanted to give me and my readers a small break.

What motivated you to write a New Adult Erotica? I was already used to writing erotic romance after the last two books, but I was just really drawn to the story that was growing in my mind of these two teenagers on the verge of graduating high school. It’s such a big milestone in everyone’s life and I wanted to see how this couple would deal with a budding relationship in the middle of all of that.
I was so intrigued by the characters in this story. Logan is a shy, geeky, male virgin whereas Eden is a beautiful, confident, and sexually active HS senior girl. What made you reverse these typically male/female roles?
I’m always up for a good role reversal! Honestly, some details of their relationship were drawn right from my own and other people I’ve known. There were plenty of girls who got burned by dating a player and they were much happier once they gave the shy guy another look. Plus, how many of us have said at one time, “I’d love to find a guy with no relationship baggage who I could teach exactly what I like.” Eden takes that idea and runs with it, exploring and discovering brand new things that she and Logan both like.

What character in The Single Game is most like you and why?

Definitely Eden. I had the proverbial burning by the ex. Not quite as dramatic as hers was, but that scene came from my ugliest high school memories. I wasn’t back in the saddle until early college but by then I knew what a treasure I had when I found my own shy guy.

I’m so excited for the release of my new book The Single Game! It’s my first venture into NA territory and I hope you enjoy reading it as much as I enjoyed writing it. While it is a continuation of my Apartment series that gives us a glimpse into the future of some of the main characters, it can easily be read as a standalone novel featuring the next generation of the Foster family. So if you haven’t read the first two books but this one sounds interesting to you, go ahead and jump on in! If you really like this one you can always go back and see how it all began.

The idea for this story actually came to me in a dream a while ago. It was just a fleeting image of two random teenagers making out for the first time in a dark closet during a party game that was sort of like spin the bottle. The boy was very nervous and the girl was the one putting him at ease. For some reason that one scene kept replaying in my mind over and over again after I woke up, which I found totally weird because I can never remember my dreams. I always feel like they must have been awesome, but damn if I can ever recall one single detail the next morning. That’s why when I realized that I was building on that scenario in my head the more that I thought about it, I knew I had to write it down or it would drive me crazy. As the story unfolded, I realized that I was drawing on a lot of my own experiences from when I started dating my husband, so this one ended up being very near and dear to my heart.

I really hope you check out this sweet and sexy story and let me know what you think! 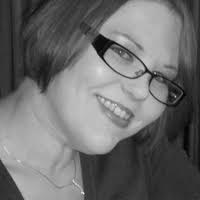 Amanda Black was born and raised in the Midwest, where she still lives with her husband and spoiled-rotten dogs. She earned a bachelor's degree in Studio Art before deciding that she actually needed to pay some bills, which is when she took a position as an ophthalmic technician.

For the past few years she's been a closet romance writer in her spare time and would love nothing more than to make it a full-time career. When she's not writing her next steamy love scene, her interests include reading, sketching, and annihilating her friends and family in movie trivia.