Excerpt: At the Heart of the Deep by Carrie L. Wells (with Giveaway!) 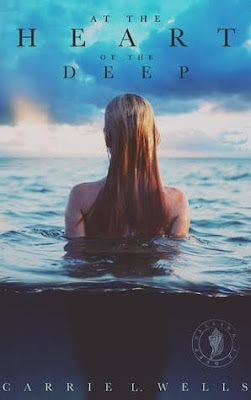 Title: At the Heart of the Deep
(A Falling in Deep Novella)

Oceanographer Luke McAllister races to figure out why the ocean depth is changing off Florida’s Treasure Coast. But before he and his crew discover what’s transforming the deep, he stumbles upon an even greater mystery. Leagues below the waves, he swear he sees…a mermaid?
Anya isn’t allowed to get close to humans. But when a golden-haired researcher gets too close to her island, she can’t afford to stay away.

Together, this unlikely pair will seek to discover what’s causing shifts in ocean floor. While their new alliance is forbidden, Anya will risk everything to save her beloved ocean. The only problem is, she’s not sure what’s really luring her in, her love of the sea or the tempest Luke has stirred in her heart. Either way, Anya knows that the dangers facing the sea are nothing compared to what will happen to her when her father learns she’s broken the merfolks’ most sacred law.

Can Anya and Luke discover what lurks at the heart of the deep before it’s too late?


Excerpt:(Scrollbox)
I caught sight of his cut, thought a moment, and swam away. He floated there, treading water and wondering what would happen next. At that point, his face conveyed the pain in his side. I watched an intense sting replace what I knew of the original burning sensation of a coral abrasion, and the open wound spilled into the ocean at a steady pace.

Conceivably, I had underestimated the severity of the cut. Maybe the coral cut deeper than I thought. The blood clouded the water surrounding him, and now the problem remained of how to take the injured man across the reef without doing further damage. We still needed to cross at least two miles and climb a rocky beach. Or did we?

Before he had time to contemplate any other option, I approached him from below. I swam up to him slowly, and he did nothing. He didn’t dive to meet me or attempt to swim away. He hung vertically in the water, waiting.

He must have felt me before he could clearly see me. The water shifted as I neared, my physicality changing the flow of the ocean around me. He knew I was there, but he didn’t dive below. Was he afraid? Too hurt to move? Instead, he stayed still, moving as little as possible, allowing my approach, and keeping the blood loss at a minimum. 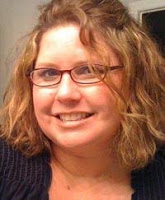 Carrie L. Wells crosses genres, writing everything from newspaper editorials and textbooks to paranormal romance novellas. Her first fiction publication, The Heart of the Deep, will release in June 2015, followed by Playing with Magic in October 2015. A New England native, she spent her childhood on the beach and inland, fishing and dancing, before moving to Florida. And while she doesn’t tan, nothing keeps her from a walk on the beach.

Carrie earned her Master's degree in English with a minor in Psychology from Hardin-Simmons University and a Bachelor's degree from the University of Central Florida. With a love of chocolate, books, and her family, Carrie braves the world and chaos only children can bring. She currently lives in Florida with her fire-medic hubby and three children. She is an English instructor at Eastern Florida State College.