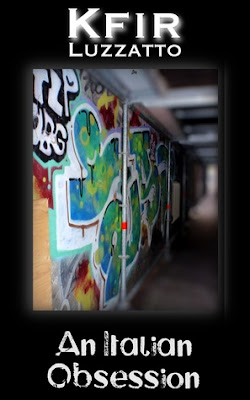 In the lax atmosphere of middle-class post-war Italy, sex and drugs are easy to come by. Roberto tries to find his own balance, but a crush he had for Alessandra in elementary school is reignited and the course of his life is changed forever.

It's the 1970's, a time of political upheaval driven by disillusioned young people. Roberto is caught up in the times. He makes a new start, but his past catches up with him. Finding himself accused of a crime, he must defend himself even when he isn't sure he committed it. A vivid snapshot of European post-war society, this novel is viewed through the eyes of a young adult coming of age.

1. The Trial, by Franz Kafka - because of the genius that emanates from every page, dialogue and situation in the book.

2. I, Claudius, by Robert Graves - because the people and struggles of the time come alive in this book like nowhere else.

3. Aunts Aren't Gentlemen, by P. G. Wodehouse - because it is the funniest, wittiest and most enjoyable book I ever read, the dialogue is simply outstanding and the prose is perfect.

4. The Chrysalids, by John Wyndham - because of the vision of a possible, haunting future, which is all the scarier because it is based on human nature, and not so different from the present we witness in some parts of the globe.

5. Memoirs of a Geisha, by Arthur Golden - because Golden managed to make me care for the protagonist, and to keep reading on, in spite of the long and winding descriptions that should't have made me stop reading after page 50.

6. Fluke, by James Herbert - because of the naive, but still great idea behind the book, couples with Herbert's great prose, which leave you wanting more.

7. Not Quite Dead Enough, by Rex Stout - because Archie Goldwin and Nero Wolfe make an irresistible  odd couple and the plot is brilliant.

8. Aztec, by Garry Jennings - because midway through the book I found myself surprisingly identified with a man from a totally different, strange and violent culture, and taken again and again back in time.

9. The Hitchhiker's Guide To The Galaxy, by Douglas Adams - because it is crammed with the most original and funny, irreverent ideas about human beings, and it utterly and unrelendingly absurd.

Kfir was born and raised in Italy, and moved to Israel as a teenager. He acquired the love for the English language from his father, a former U.S. soldier and WWII veteran, a voracious reader and a prolific writer. Kfir has a PhD in chemical engineering and works as a patent attorney. He lives in Omer, Israel, with his full-time partner, Esther, and their four children, Michal, Lilach, Tamar and Yonatan, and the dog Elvis.