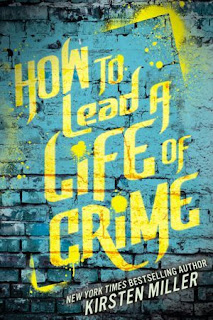 How to Lead a Life of Crime
by Kristen Miller
Release Date: February 21, 2013

From Goodreads:
A meth dealer. A prostitute. A serial killer.

Anywhere else, they'd be vermin. At the Mandel Academy, they're called prodigies. The most exclusive school in New York City has been training young criminals for over a century. Only the most ruthless students are allowed to graduate. The rest disappear.

Flick, a teenage pickpocket, has risen to the top of his class. But then Mandel recruits a fierce new competitor who also happens to be Flick's old flame. They've been told only one of them will make it out of the Mandel Academy. Will they find a way to save each other--or will the school destroy them both?